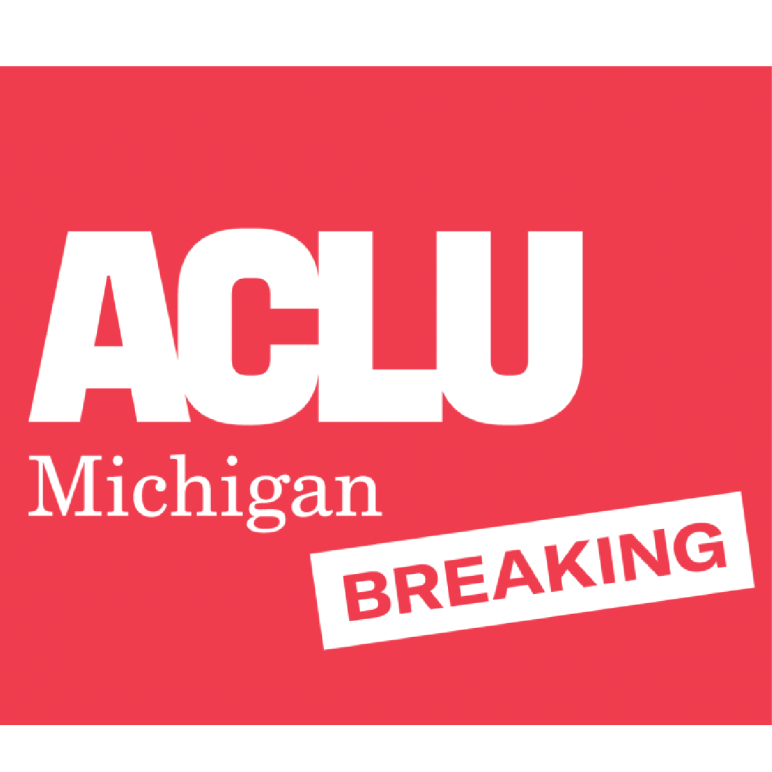 DETROIT, Mich. – The American Civil Liberties Union of Michigan applauds Governor Gretchen Whitmer for signing a series of bills into law today that are critical to reforming Michigan’s criminal legal system. The new laws will end the practice of locking people up for minor offenses, such as driving on a suspended license and other non-dangerous traffic violations. They will eliminate many mandatory jail sentences, do away with a one-size-fits-all approach to setting probation and parole conditions, and will expand law enforcement’s ability to issue citations requiring people to show up to court in lieu of arrest.

The legislation is based on recommendations from the Michigan Joint Task Force on Jail and Pretrial Incarceration, which Whitmer established by executive order in April 2019. The Task Force’s aim is to reduce jail admissions and lengths of stay, expand alternatives to jail, better align state laws with constitutional principles, and provide support and services to crime victims. The Task Force is led by Lt. Gov. Garlin Gilchrist II and Michigan Chief Justice Bridget Mary McCormack and supported by a diverse coalition of organizations, including the ACLU of Michigan. The reform laws are based on data and research collected in partnership with The Pew Charitable Trusts.

Here are some of the Task Force findings that led to today’s reform laws:

In the 20 counties the Task Force studied, Black men made up just six percent of the overall population but accounted for 29 percent of all jail admissions

In 2018, nearly 358,000 licenses were suspended in Michigan for failure to appear and failure to pay fines and fees

Kimberly Buddin, ACLU of Michigan policy counsel, had this reaction:

“Governor Gretchen Whitmer has shown tremendous leadership in establishing the Task Force and enacting these bills into law. As a result of these reforms, hundreds of thousands of people will no longer be needlessly locked up each year in Michigan, but will be home with their families, at work, and in their communities. Thanks to her work and the work of Lt. Governor Gilchrist, Justice McCormack, bipartisan legislative leaders and the coalition partners, all of whom worked tirelessly on these reforms, our state is well on its way to having a just and fair system for all.”

SAVORING A SMART JUSTICE VICTORY AND LOOKING AHEAD

We use cookies on our website to give you the most relevant experience by remembering your preferences and repeat visits. By clicking “Accept All”, you consent to the use of ALL the cookies. However, you may visit "Cookie Settings" to provide a controlled consent.
Cookie SettingsAccept All
Manage consent

This website uses cookies to improve your experience while you navigate through the website. Out of these, the cookies that are categorized as necessary are stored on your browser as they are essential for the working of basic functionalities of the website. We also use third-party cookies that help us analyze and understand how you use this website. These cookies will be stored in your browser only with your consent. You also have the option to opt-out of these cookies. But opting out of some of these cookies may affect your browsing experience.
Necessary Always Enabled

Any cookies that may not be particularly necessary for the website to function and is used specifically to collect user personal data via analytics, ads, other embedded contents are termed as non-necessary cookies. It is mandatory to procure user consent prior to running these cookies on your website.